Posted on 22 Ιουνίου, 2020 by Marina Hadjisoteriou

Cyprus acceded to the Convention on the Recognition and Enforcement of Foreign Arbitral Awards (New York, 10 June 1958) (“the New York Convention”), on 29 December 1980, i.e. almost forty years ago.

The procedure for the recognition of a foreign arbitral award in Cyprus starts with the filing of an application by summons by the party seeking recognition (“the applicant”), which must be served on the respondent. The application must be supported by an affidavit and, pursuant to Article IV(1) of the New York Convention, the following documents must be attached to it:

Pursuant to Article IV(2) of the New York Convention, if the above two documents are not drafted in Greek (one of the official languages of Cyprus and the working language of the Cyprus Courts), the applicant must also produce a translation of these documents into Greek by an official or a sworn translator or by a diplomatic or consular agent. This provision, led to the issuance of conflicting District Court Judgments (which are of persuasive but not binding nature) and to some confusion as to whether translations by the Press and Information Office (“PIO”) of the Republic (the only official body approved by the Cyprus Republic to provide certified translations), which were not accompanied by an affidavit of translation, would satisfy the requirements of the New York Convention. For example in its judgment in the case of Intersputnik International Organization of Space Communications  v ALRENA INVESTMENTS LIMITED Application no. 32/2012, dated 19/1/2018 of the District Court of Limassol,the District Court held that the translation of the award by the PIO did not satisfy the provisions of Article IV(2) of the New York Convention as it was not made by a sworn translator since there was no affidavit of translation. It was also stated that the PIO was neither a diplomatic/consular agent nor an official translator and as a result, the application for the recognition was dismissed. This confusion was cleared up last year, with the enactment of the Registration and Regulation of the Provisions of Sworn Translators in the Republic, Law No. 45(Ι)/2019 (“the Sworn Translators Law”).

The grounds for refusing the recognition of the award are provided in Article V of the New York Convention. The Court may refuse the award’s recognition on one of the following grounds:

Additionally, further grounds are provided under national law on the basis of section 36(b) of the Law No. 101/1987as follows:

We expect that following the enactment of the Sworn Translators Law as stated above, any opposition grounds in relation to translations will now be accepted by the Courts very sparingly.

Once the foreign arbitral award is recognised in Cyprus, the applicant can enforce the award in Cyprus by using any of the methods of enforcement of Cyprus Court judgments.

More countries accede to the New York Convention every year, with the latest ones being Cabo Verde and Sudan in 2018, the Maldives and Papua New Guinea in 2019 and the Seychelles, Ethiopia, Palau and Tonga so far in 2020.

The New York Convention has given foreign arbitral awards a distinct advantage over foreign court judgments, since the latter requires some form of reciprocity between the two countries, whether by a bilateral treaty between the two countries, or a multilateral treaty by which both parties are bound (such as the Regulation (EU) 1215/2012 on jurisdiction and the recognition and enforcement of judgments in civil and commercial matters).

With a total of 164 Contracting States as of 12 June 2020 (date of accession of the latest one, Tonga), the New York Convention is rightly regarded as the backbone of international commercial arbitration.

The content of this article is valid as at the date of its first publication.  It is intended to provide a general guide to the subject matter and does not constitute legal advice.  We recommend that you seek professional advice on a specific matter before acting on any information provided. For further information, please contact Marina Hadjisoteriou, Partner, at marina.hadjisoteriou@kyprianou.com 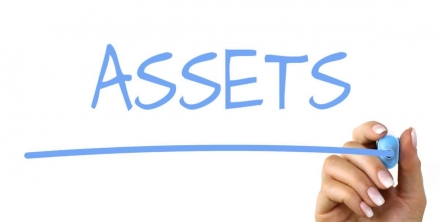 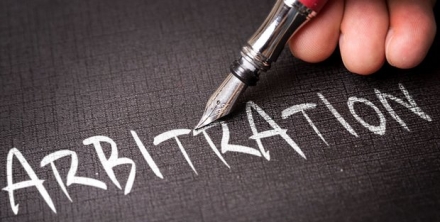