Our highly dedicated team at Michael Kyprianou Fintech Partners Ltd in Malta has developed a deep understanding and strong practice in all aspects and areas of Cryptocurrencies, Blockchain and DLT and has a tremendous network consisting of corporate, banking, and tech partners.

We deliver an end-to-end solution and strongly believe in personal relationships, which is why we like to maintain open channels of communication with all our clients, setting us apart from many other service providers. MK Fintech Partners are not your average lawyers - we are truly passionate about the space and have been Crypto enthusiasts from the industry’s inception. We are a passionate highly-driven team which enjoy adding value to the evergrowing Crypto and Blockchain industry!

The island has earned the term ‘Blockchain Island’ after being the first jurisdiction in the world to regulate the Cryptocurrencies and Blockchain sector back in 2018. Malta’s regulatory framework for Distributed Ledger Technologies (DLT) which became an Act way back in 2018 was so robust that it was used by the European Union as reference when drafting their own consultation documents!

Malta was also the first jurisdiction to regulate the Gaming sector 14 years ago which today accounts for 13.2% of Malta’s GDP with over 300 gaming providers calling the island their home. The Maltese government is a big backer of Blockchain, Fintech and AI and has sought to make history repeat itself with also being the first Jurisdiction to regulate virtual currencies.

Malta is positioning itself as the go-to-place for innovative Crypto, Fintech, Insurtech and Regtech companies as well as industry technology specialists who are the bloodline for this industry. Malta ranks 5th out of the 28 EU Member States in the Digital Economy and Society Index (DESI) 2020.

Besides being very progressive, and using the English language, the Malta Financial Services Authority (local regulator) has recently launched a Fintech Sandbox and the Malta Digital Innovation Authority has launched a DLT and Blockchain sandbox. Malta is a real Fintech hub and, due to its size, is an ideal test environment for new technologies and ventures!

Malta has an awesome Crypto & Blockchain ecosystem! Over the last few years, we have seen the creation and growth of certain key organizations such as the Blockchain Malta Association, AIBC & Sigma, Malta Enterprise, the University of Malta, Tech.MT and the Malta Information Technology Authority (MITA) which created and offered various initiatives, incentives and promoted certain funding and opportunities.

Blockchain companies have been drawn to Malta because the island provides a wealth of talent, both in tech, finance and innovation and offers a fast-track process for bringing talent over from overseas. Malta is also part of the European Union making passporting of services and activities easy.

Some other relevant facts for those exploring Malta as a jurisdiction of choice, include that it has attractive citizenship, residency, and key-employee programs, is projected to be one of the least EU affected member state to be affected by Covid-19, uses the English language and has 300 days of sunshine a year!

Which are the hot local Crypto & Blockchain regulated companies?

Malta is home to some Corporate giants such as OKEx, Exante, Microsoft, and Neufund but also home to many promising Crytpo and Blockchain start-ups such as: Vaiot (Token Issuance start-up combining blockchain technology and delivering AI assistants), Fracture Labs (decentralized game), Elrond (start-up about accessing digital economies), Colibra (start-up which gives compensation for every 1-hour flight delay), Efforce (Steve Wozniak’s blockchain based energy saving platform), Stasis (about the tokenization of financial assets such as the ‘euro’) and many more!

“We are impressed by the work done so far by the Maltese government and its pro-new technology stance. Malta should serve as a model for other countries and regulators. We are excited to contribute in building a strong and stable blockchain ecosystem on Malta.” Zoe Adamovicz, CEO and Co-Founder, Neufund. 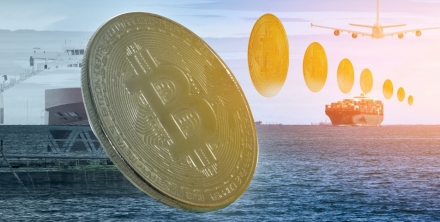 Blockchain and Shipping: Can it work? 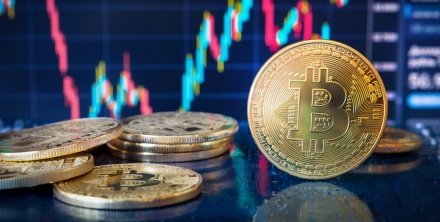