There is no doubt that the Cyprus Investment Programme (CIP), has supported the local economy in trying times after the financial crisis that hit Cyprus in 2013. It gave a boost to the economy of Cyprus   by attracting foreign investments on to the island. This was its underlying purpose. The significance of the Programme for Cyprus and its contribution to the Cypriot economy is well documented.

Since it was introduced, however, the CIP has been under much scrutiny, and concerns were voiced in the European Parliament and Commission. As a result, the Cyprus Government has, over the years, introduced various amendments of the Programme which aimed primarily at deflecting the criticism that the CIP facilitates corruption and money laundering. The Government has made continuous efforts to have a respected and sound CIP. These reforms aimed at strengthening the Programme’s integrity by securing the Investors’ Interests and further regulating the CIP. Pressure, however, continued not just on the CIP but on all the Investment Migration Programmes, predominantly in Europe, to enhance due diligence screening. The Cyprus Government, conceding that there were some weaknesses in the system, has now introduced new amendments which intend to raise the bar in terms of full transparency and compliance with AML Directives and Regulations. Tougher rules have been implemented which tie up the scheme to anti-money laundering legislation. The main policy of the Government has been to mitigate any risks by enhancing the due diligence and due diligence screening processes.

The most significant amendments that have been approved by the Council of Ministers and voted by the House of Parliament in Cyprus were published in the Official Cyprus Gazette on Tuesday 18th August 2020. The underlying purpose behind these changes is to protect the integrity of the Programme, which has often been under fire, thus further safeguarding its continuity and securing the country’s reputation.

One could argue that the introduction of very strict controls on the eligibility of the Applicants and/or the Applicants’ family members is of the utmost importance and one of the most significant reforms to the CIP. The candidates are carefully vetted when applying. This enhances the Programme’s trustworthiness. Persons who themselves or whose family members fall into the high-risk categories, as defined in the law, are excluded from the CIP.

Equally important is the fact that the new amendments tackle the question of revocations. The Civil Registry Law of 2002-2020, as amended, has modified the grounds on which citizenship can be revoked to provide clarity on the subject and fill any gaps that have appeared recently in the Law. They deal with the Applicants who are found, after the fact, to have engaged in behaviour that would have disqualified them from applying at the outset. It has now been made crystal clear, without any room for doubt, that citizenship can be revoked if any of the economic criteria or other requirements of the Programme are no longer met. Any legal technicalities that have in the past created an obstacle in the Government’s effort to revoke the passports of some Investors have now been eliminated and any gaps in the relevant legislation have been dealt with.

Through the new amendments, not only are prospective Applicants strictly vetted prior to their application, but more importantly the Government is clearly given the authority to revoke the citizenship of naturalized foreign Investors and is able to re-evaluate whether they violate any of the provisions included in the legislation, after they have been granted citizenship.

The exclusion from eligibility from the Programme of high-risk individuals and the strengthening of the screening process for granting citizenship to Investors, together with the provision for revocation, reinforces in the best possible way the credibility of the Programme.

It is emphasized that an Applicant/Investor can no longer set up a Development Company in order to channel his/her investment. It is also noted that if an Investor chooses to purchase, establish or participate in a Cypriot business or company formed and operating in the Republic of Cyprus, it must prove that such enterprises or companies have a physical presence in the Republic of Cyprus, with substantial activity and significant turnover, and that they employ at least 9 (nine) Cypriot or European Union citizens.

A new category has been added for reasons of public interest: that of Honorary Naturalization.

The significance of this amendment is that those persons deemed worthy due to their contribution to Cyprus in their respective fields may now be naturalized at the suggestion of the relevant Ministries, religious bodies or organizations.

The financial criteria remain the same. There has, however, been a change with regards to the mandatory donation which has been increased to €200.000 as opposed to €150.000. This increase aims at further enhancing the Programme’s socially responsible character and to refute criticism that the benefits of the CIP are only reaped by the chosen few. The donation is made following the approval of the application for naturalization

At the same time, a Special Naturalization Control Unit has been established to examine each application, as well as to monitor whether successful applicants comply with the terms and conditions of their approval, and to report statistics on the approved and rejected applications.The intention behind the above change is to expedite the procedure of examining the Citizenship applications and to make the process more efficient and effective. This is a very positive step to ensure the faster examination of applications and the granting of citizenship within the initial time frame of six months as opposed to the longer period it is currently taking to receive approvals.

Another notable amendment is that all funds used for the investments must be funds derived from the bank account of the Investor or a company or companies of the Investor based abroad. All payments need to be made to Financial Institutions in Cyprus regulated by the Central Bank of Cyprus. This amendment, I believe, will pose a challenge for those Applicants that come from countries where capital controls are in place or for clients who wish to send funds to Cyprus through a client’s account of their legal representatives abroad.

It has always been the case that family members of an Investor who successfully applies for Naturalization under the CIP may also be Naturalized, provided they fulfill all the criteria set out in the relevant legislation. So far, however, only the spouse of the Investor could file an application simultaneously with the Investor. Other family members could only apply after the approval of the Investor’s application. A welcome change, however, is that the family members of the Investor are now able to submit their citizenship application simultaneously with the main Applicant, or at a later stage if they so choose. This is expected to significantly reduce the overall time that it takes for the whole family to be naturalized and is considered as a major attraction to potential Investors who are considering their options, especially during this pandemic in order to plan for the future and safety of their family. Investors are not only looking to diversify risks and their portfolio. They are looking for countries with current and long-term economic and social stability and strong healthcare system which has become increasingly significant to them as they focus on maintaining their health and wealth. This amendment is well-regarded as it is expected to significantly reduce the total examination time-frame for the whole family and this is a great incentive to Investors who view Cyprus as a back-up plan and a safe haven to overcome global volatility.

Moreover, on a positive note, the parents of the main Applicant’s spouse or partner may now, under the new regulation, apply to obtain the Cyprus citizenship, which means that both the parents and the parents-in-law of the Investor can be granted citizenship. Just like the main Applicant’s parents, the in-laws should have their own residence in Cyprus, valued at no less than €500,000. Again, this is a very welcome and important amendment that I believe will attract further investments into Cyprus as it enables the whole family to move to Cyprus together. This undoubtedly renders the CIP much more attractive.

It is emphasized that an Applicant/Investor can no longer set up a Development Company in order to channel his/her investment. Note must be made that investment in land in a no-building zone is not deemed a qualified investment.

It is also noted that, if an Investor chooses to purchase, establish or participate in a Cypriot business or company formed and operating in the Republic of Cyprus, at an investment cost of at least €2.0 m. (2 million euros), this investment must be channeled to finance the investment objectives of this undertaking and company solely in the Republic, on the basis of an Investment Plan. It must be proven that such enterprises or companies have a physical presence in the Republic of Cyprus, with substantial activity and significant turnover, and that they employ at least 9 (nine) Cypriot or European Union citizens.

The recent amendments to the CIP are very crucial, especially during these critical times where key players in the industry and governments around the world are making an effort to attract foreign direct investments to their respective countries and to protect the reputation of Investment Migration. The amendments are aimed at bolstering the status and the integrity of the CIP whilst enhancing its transparency before, during and after the submission of the CIP application

As Nicos Nouris, Minister of the Interior, stated in a public address on 25th August 2020

“It is well known that the Republic of Cyprus has made successive changes to improve the citizenship-by-investment program, most importantly the recent vote by the House of Representatives, regulations which ensure transparency, credibility, and continuous control both before submitting an application and after obtaining Cypriot passport.” “these regulations reinforce, in the best possible way, the credibility of the investment scheme. The candidates are carefully vetted when they apply, and the providers for the candidates are also vetted.”

It is hoped that the criticism that the CIP has received in the past will now abate and the Programme will be seen as credible and above reproach. Investors will feel that their interests are being protected and are certain to welcome the expansion of the CIP to their in-laws. It is difficult to gauge the reaction of Investors towards the extra donation that they are required to make, but hopefully this will motivate them to feel that they are sharing in the growth and development of the country as a whole, in which they have now become a significant part of. It remains to be seen how Investors will react to these changes. 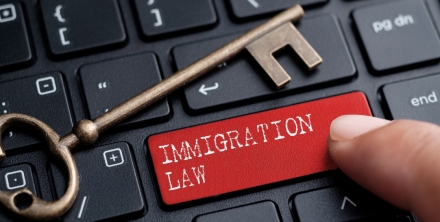 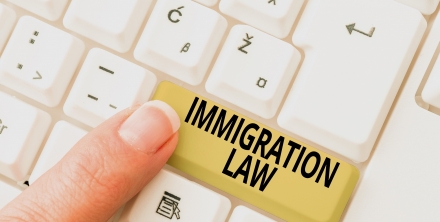 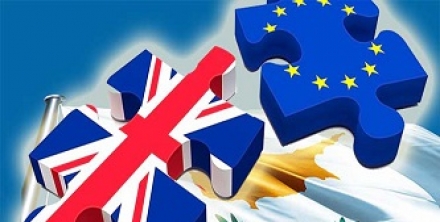 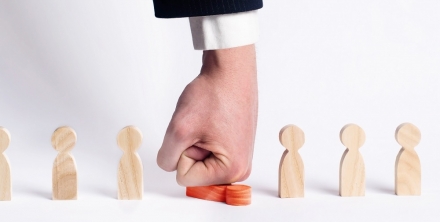 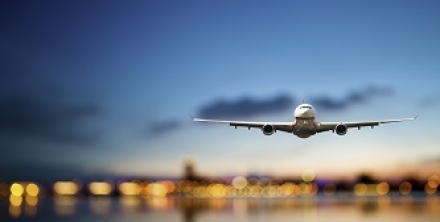 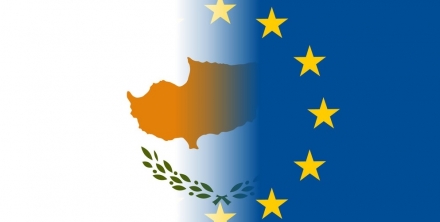 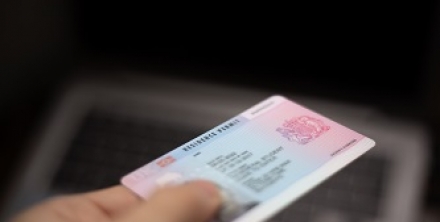 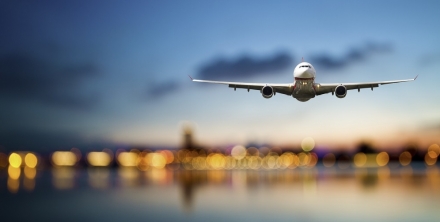 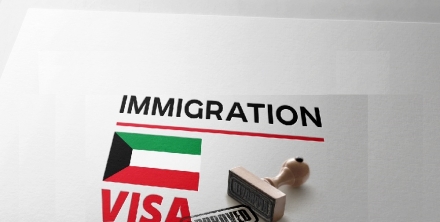